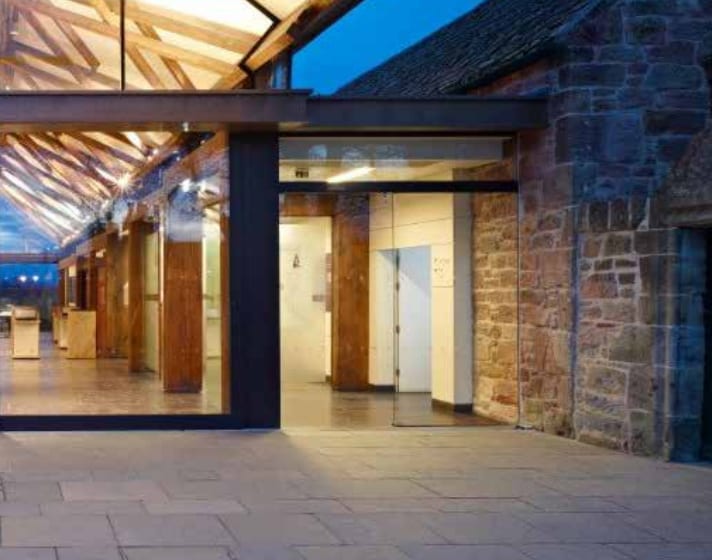 The blueprint for the future of Richhill has been drawn up with a community health hub central to a number of exciting developments in the village in the coming years.

As Armagh I exclusively revealed back in November 2014, the health hub will form the centrepiece of an ambitious master plan.

In papers seen by Armagh I, the concept of the community hub would be complemented by commercial and residential opportunities, which “respond to existing gaps in provision, enhancing the quality of life for residents and creating employment”.

The hub will include parking to the rear, with potential to incorporate doctors’ surgeries, dentist, vet, library, community space and chemist, fronting onto the Main Street.

The proposed uses are hoped to act as a catalyst to other commercial opportunities, including café provision, which could appropriately contribute to the animation of the courtyard.

There are also plans for a new access road and cycle connection through the village.

And it is hoped that the land to the north of the new access road will be developed for housing, with an emphasis on provision for the elderly, potentially as a retirement village.

The report states “opportunities for integration of graduated care, including a residential/care home may appropriately be considered”.

It continues: “This responds to the soft market analysis that has identified a gap in provision and recognises the attractiveness of the village and this location in particular, with its proximity to local services, public transport and high amenity value.

It is anticipated that this initiative will be led by the private sector, though partnering with a housing association or the Health Trust may be appropriate, particularly if a retirement village concept is advanced. The opportunity to establish pedestrian/cycle connections, which link the residential community to the north with Main Street, is considered to be particularly important, reducing car dependence, relative to what otherwise is a 10 to 15 minute walk.

It is anticipated that this initiative will be delivered alongside the new access road.

Consideration will also be given to the establishment of a ‘Rent My Garden’ scheme, which would focus on making ‘unwanted’ garden space available as community allotments. This would build on the current initiative of the community group ‘Out of the Shadows’.

It is proposed that the ‘rented gardens’ would become valued community assets, cared for by groups, including, for example the school or those with learning needs who currently use the drop-in facility.

Part of these ambitious plans will also include the redevelopment of two iconic buildings at 36-38 Main Street – again, exclusively revealed by Armagh I earlier this year.

It is expected that a Men’s Shed will move in when work is completed.

There are also plans for Richhill Castle, an Environmental Improvement Scheme for the Square and Main Street, Groucho’s Café as well as further pedestrian, cycle and bridle routes.