Academic selection end one of 30 human rights demands for children 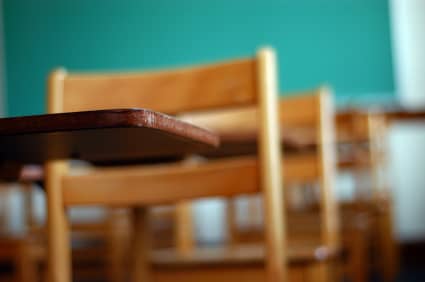 An immediate ban on smacking children is one of 30 recommendations made today (Wednesday) by the Human Rights Commission.

To coincide with International Youth Day, the HRC has published its report to the United Nations Committee ahead of the upcoming examination by the committee on the Rights of the Child.

The Commission has identified over 30 areas in Northern Ireland which require attention.

NIHRC Chief Commissioner, Professor Les Allamby commented: “This report provides us with an invaluable opportunity to shine a spotlight on young people’s rights.

“The Commission has highlighted a number of recommendations made by the United Nations in 2008 that have not yet been implemented and therefore require urgent action.

“These include raising the age of criminal responsibility, ending corporal punishment and reducing the use of remand for children in the criminal justice system.”

The Commission has advised that the UN Committee should ask the UK Government – including the Northern Ireland Executive to – take immediate action to increase the minimum age of criminal responsibility from 10 to at least 12 years of age.

It also asks that it condemn the ongoing attacks by paramilitary organisations and ask the UK Government and the Executive to take “immediate and effective action to address the issue of paramilitary attacks against children”.

It urges a ban on the smacking of children “without delay”.

And it advocates an end to academic selection. The UN Committee called for academic selection to be abolished in 2008 and, despite the end of the 11+, it says the “current system of testing has allowed a ‘two-tier culture’ to remain”.

Professor Allamby added: “The purpose of this report is to highlight what areas we believe the United Nations Committee should focus on as it prepares to examine the UK Governments human rights record.

“We want to make sure Northern Ireland’s circumstances are at the forefront of this process. Human Rights belong to our children and young people. It is important that they are adequately protected.”

The report marks the first stage in the United Nations examination process and the Human Rights Commission welcomes any public feedback as we prepare our future submissions.

The NIHRC submitted its report to the Committee last. The performance of the United Kingdom will be considered by the Committee at a pre-session working group in October 2015, and the Committee’s examination of the UK will take place at the United Nations offices in Geneva in June 2016.

This provides for the defence of reasonable punishment in respect of common assault tried summarily.