Watch the moment Guy Martin crashes at Tandragee 100…but all is okay!

Martin was very lucky to escape without serious injury 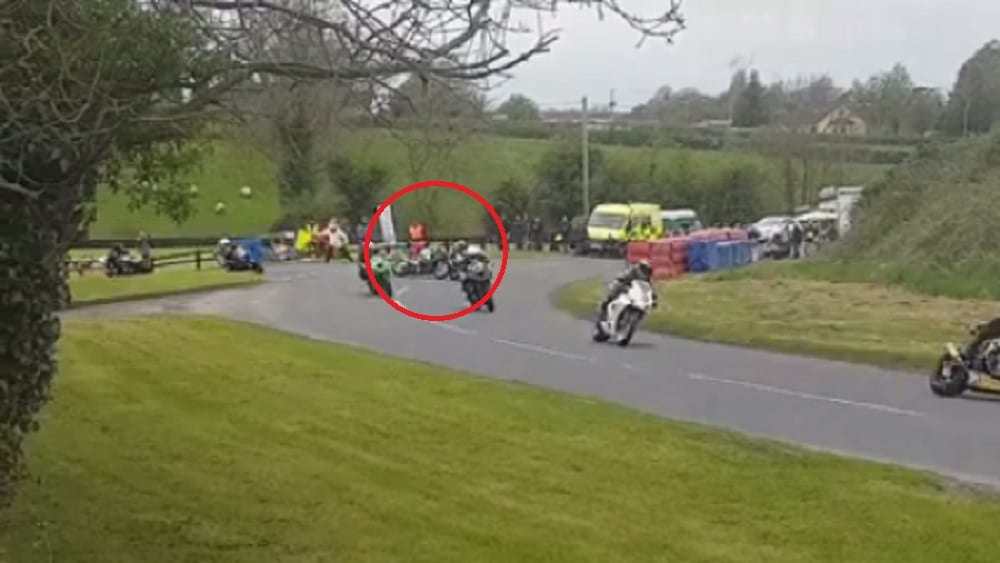 This is the moment Guy Martin loses control of his Honda during the first race at today’s Tandragee 100 meeting.

The English rider was competing on since being injured at the 2015 Dundrod 150.

Martin, 35, suffered serious injuries to his back and chest in the crash.

However, today’s incident was a lot less serious – he was fit enough to enjoy a cup of tea a short time later.

Martin tangled with Magherafelt rider Paul Jordan at the Marlacoo corner on the first lap of the Open Superbike race.