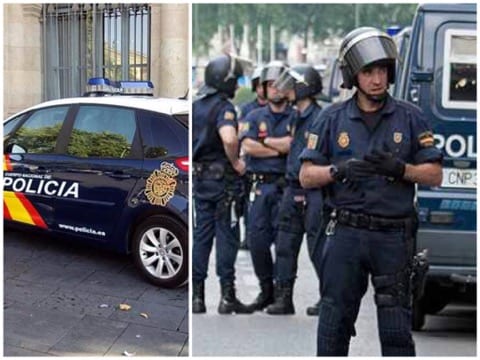 One person has died and at least 32 have been injured, 10 of them in a critical condition, after a terrorist attack in Spain.

The carnage came as a van ploughed into a crowded area popular with tourists.

It happened at Las Ramblas, an area filled with stalls, restaurants and bars, in the heart of Barcelona.

Many more are reported to have been injured and the driver fled the scene on foot.

Catalan police, in a statement, said: “Huge collision on Las Ramblas in Barcelona by an individual driving a van, many injuries.”

Police have cordoned off the area and the Metro and train stations and shops have been ordered to close.

People have been urged to stay away from the area as emergency services move to and from the scene.

Hundreds of people fled the area with eyewitnesses telling of chaos and panic.

There is a heavy armed police presence in the area with reports many have taken for cover in shops and cafes.