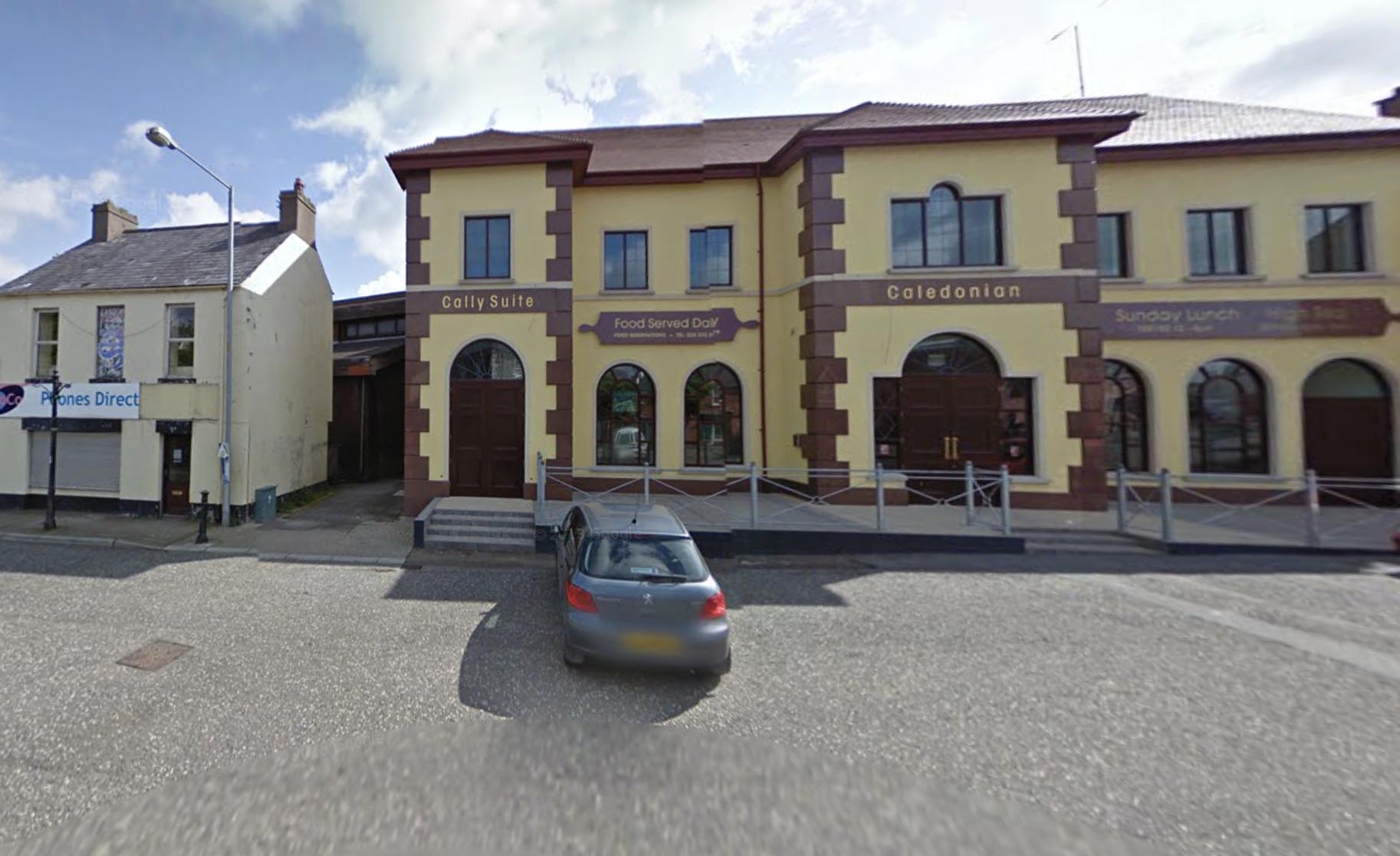 A prosecution barrister in the trial of two men accused of raping a girl in the centre of a Co Armagh town claimed one of the co-accused gained an obsession with threesomes from “watching pornography on the internet”.

Conor Hughes, 22, of St. Matthews Estate, and Brendan Gerard Monaghan, 21, of Granemore Park, both in Keady, have this week been on trial for the alleged rape of a woman in 2014.

The incident is alleged to have taken place up an alleyway close to the Fairgreen estate in Keady on August 22, 2014.

Earlier the court heard how Monaghan allegedly walked with the injured party up ‘Caledonian Alley’ – which links the main square and Fairgreen – a “well-known area for privacy”.

As Monaghan took to the stand earlier today he stated he “was sitting on the wall and she [injured party] started to give me oral sex but then Conor [Hughes] came up in the middle of her giving me oral sex.

“I turned around, pulled up my jeans and walked back down the steps.”

Monaghan’s defence solicitor Arthur Harvey QC stated: “She said Conor forced her onto the step and that you watched as he had sexual intercourse with her, is that possible?”

The defendant replied: “Yes, he was behind her, I only saw it out of the corner of my eye as I was pulling up my jeans.”

Mr Harvey commented: “She said that he bent her head towards your groin.”

Cross-examining Monaghan, prosecution barrister Richard Weir questioned what he might have seen: “This was not pitch dark you could make out figures and this was quite a small area. You could have heard noises, but you didn’t hear him asking for permission.”

He commented: “You would have heard her moaning, did you do sexual education in school?”

Monaghan commented that he had received this in first year but informed the court he had not been taught about “sexual moaning”.

The defendant also stated that he had not heard the alleged injured party crying or asking Hughes to stop.

“When one is ashamed they can normally forget certain actions.”

He asked the defendant: “Do you have a sense of loyalty to him?”

Monaghan replied that he did not.

The case, which has been hearing evidence from both sides began its conclusion earlier today, with prosecution and defence barristers outlining their closing arguments for the jury of 12 men and women.

First to address that jury with closing statements was prosecuting barrister Richard Weir.

“This is all very fresh in your minds, the issues are reasonably clear but bear in mind this is common sense in these cases,” Mr Weir began. “This is a very small town or village, I suppose, with a closed community, bear that in mind and look at this in context.

“She said this is a small place and I didn’t want to lose friends.”

Mr Weir then told the jury that often in cases such as this, people chose sides.

He said: “Mr Hughes’ evidence cannot be relied on, he is someone who is likely to lie.”

The barrister stated: “He gained an obsession with threesomes and it came from that source.”

“Or that he and the co-accused were sandwiched on a bus chair kissing the injured party whilst she groped both of them with her hands on their genitals.”

He pointed out that Monaghan claimed they were not even on the same bus and claimed Hughes’ evidence was “a series of untruths to cover up his behaviour”.

He said that this defendant’s [Hughes] series of events was “fantasy”.

The barrister stated: “He had a fixed idea that he was going to have sex that night and he did it against her will.”

Commenting on the defence’s contribution, he said: “They are painting wanton sexual behaviour on the part of this woman.”

Mr Weir stated: “Mr Monaghan has involved himself in a sexual act with her as well and has patchy memory due to the shame of the events.”

He concluded: “Mr Monaghan’s response is showing that he is anxious so as not to put Mr Hughes any deeper into a hole he built.

Next to take the floor for closing statements was Hughes’ defence barrister Richard Greene QC.

“These are very serious offences,” he re-affirmed. “This is a young man with an otherwise clear record; a university student.

“Do not acquit him based on this but based on an analysis of the evidence before you.”

Mr Greene claimed that there was “very little difference” in the accounts given by his client and the alleged injured party except on “key issues”.

Both claimed that they had been together with Monaghan on the bus to Keady, at the bench at the bus stop and down the Cally Alley with no separation at any point.

Mr Greene stated: “The main difference is over whether the defendant consented to having sex with Conor Hughes.

“Their sexual account is very different but it is accepted that there was a bit of blood and she was crying.”

He commented that Hughes had “told the truth to police, however, that might have inconvenienced him”.

Mr Greene told the jury: “Remember this is a court of law, not a court of morals.”

He stated: “Allegations involving the word of one person are very easy to make, people do lie, and sometimes for reasons we cannot fathom.

“A liar can be convincing; a lying witness is a dangerous witness.”

Mr Greene highlighted that the alleged injured party did not make allegations straight away about the offence.

Earlier the court heard that Hughes’ co-accused Monaghan was not made aware of an allegation against him until September 27, 2017.

He commented: “Everything seems to show that she had nothing to complain about.”

It was heard that the area the alleged offence occurred in was what was described as a “filthy, little field”.

Mr Greene stated that the alleged injured party’s summer dress would have been covered in dirt if she was lying in this area but her mother described no such dirt.

He said: “She had no choice but to get dirty, that is a filthy area, God knows what is on those steps.”

The barrister described this place as “an area where youth went to get up to mischief”.

Mr Greene also claimed that the separation of the alleged injured party from the rest of her friends was “anything but accidental”.

He stated: “She was in the presence of males and with no other females around.”

It was heard the alleged injured party claimed she had been waiting at the bench for a lift from a friend.

She had claimed to have made a number of calls to that friend but her phone credit had run out.

Mr Greene stated: “This is a lie; there was not even the scent of a call from her friend to her. What is the first thing you do when you are separated?”

He claimed that the alleged injured party did not have anything organised with her friend.

Mr Greene concluded by stating: “If her only intention was to get a lift home, would she separate herself or take herself off with anyone to a further away point?”

The court then broke for lunch before an adjournment in the case with the final closing statements from the defence to be heard tomorrow (Thursday).